Raised in a Christian Home, I accepted Christ as my savior and was baptized at the age of 10. One of seven children, my parents encouraged all of us to always give our best.

At an early age, I began playing baseball and football as well as developed an interest in music. I began playing the trumpet in elementary school and continued through high school. Around age 12, I started singing with my brother John in a garage band in the back yard with some other neighborhood kids. My first microphone was singing into a big headphone set, because that was all we could afford. By age 15, we formed a Christian band “Sanctification”. Our band had an opportunity to play and lead worship for my church, Hope Community, for their youth group. During our first night leading worship, we invited anyone who wasn’t saved to come to know the Lord, and someone did. It was mind blowing! That night, I realized my devotion to reach out to others and preach the word. That night, I became a “Musicianary”.

Unfortunately  after graduating high school, the band broke up and I stopped singing. Life began to lead me in various directions, and although I went to church weekly, I wasn’t walking with God as closely as I could or should have.  I began working in the financial industry and became successful at it. Unfortunately, I forgot one thing, continuing to run the race like Paul did in “1 Corinthians 9:24”, and finishing strong in my walk doing his work here on earth. At the time, I was partying and living of the world and not living for Christ, but it was through these trials and experiences that everything became clearer to me.

A few weeks later, I attended a class at church, and had the opportunity to hear one of my pastors, Joe Stec, preach about spiritual gifts. He told us “when you are given a gift there is also responsibility that comes with it”. It was through this class, I learned that singing for God was not only a passion ignited in me, but a calling and responsibility that I can use as an offering to Him.

In my favorite verse, “Phillipians 3:14” Paul preaches “Press on toward the goal to win the prize for which God called me heavenward in Christ Jesus” . In 2008, I approached my brother John, and asked him about starting a ministry. It was then that we started “our walk” and Romans Road was formed. It has been a long road, but I am looking forward to the journey ahead with my fellow brother’s in Christ.

Jason is a Director for Coalition to Save Lives, and the main voice of the Romans Road Band. He is a Worship leader, a servant of God, and dedicated to spreading God’s Love through his music. Together with John, his brother, they formed Romans Road and the Save a Life Tour to bring Christ to the Inner Cities of the United States through Music and Love.

Jason lives with his wife Dina in Bensalem, PA 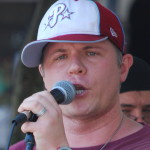 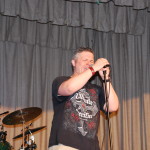 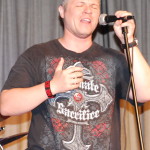 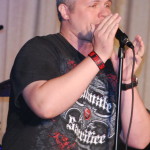 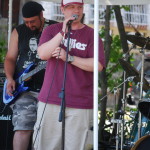 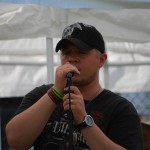